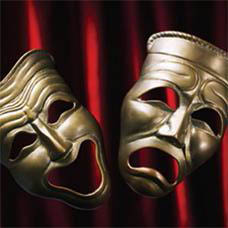 The performance plays, the most important component of the festivals and celebrations observed in the structure of Ottoman society, appear before us as a kind of folk theatre. The most noteworthy varieties of these spectator shows include the storyteller, puppet shows and Karagoz shadow plays.

The opportunities presented to Turkish Embassies abroad to observe theater in other countries gave them an excellent concept of the art. Ahmet Vefik Pasa contributed to the art by translating and adapting the plays of Moliere. By founding a theater in Bursa, he succeeded in bringing an active theater life to the city.While Ottoman intellectuals adopted western theater, traditional Turkish theater was neglected. This led to a lack of national character in early Turkish theater. Development in this field was generally the result of merely passing on experience. Cemil Pasa, who headed the Istanbul Municipality from 1913 to 1914, pioneered the foundation of a conservatory, in which the theater and music departments were named “Darulbedayaii Osmani.” The departments were directed by Andre Antoine until he returned to his own country at the outbreak of the first World War. Mushin Ertugrul took his place.The Darulbedayii gave its first performance in 1916. The following nine years were a period of faltering and searching for a foothold.

The Ankara State Conservatory was founded in 1936, with the first graduates forming the Rehearsal Stage in 1941. In 1949, the State Opera and Ballet was founded, and the Rehearsal Stage was replaced by works staged by the State Opera and Ballet. Since the 1970s, the State Theatres Department has been continuing its activities as a General Directorate attached to the Culture Ministry. The 1960s was a time when private theatres developed and multiplied rapidly. Amateur theatres also increased in number. The Dormen Theatre founded in 1955, the 1961 Oraloglu Theatre, the 1962 Gulriz Sururi-Engin Cezzar Group, and the 1963 Ankara Classical Theatre (AST) were among those that led the way in Turkish theatre at the time. These theatres also produced important works for children’s theatre.

Writers such as Haldun Taner, Necati Cumah, Gungor Oilmen, Orhan Asena, Turan Oflazoglu, Turgut Ozakrnan, Ferhat Sensoy and Selim ileri, who have produced works for the political cabaret theatre in which players such as Zeli Alasya, Metin Akpmar and Ahmet Guldal have starred, have also made an enormous contribution to the Turkish stage while making full use of all the features of traditional Turkish theatre. 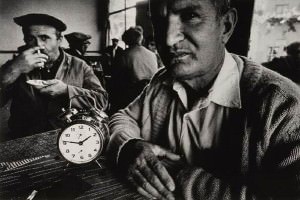 Photography, which has a history dating back to the 1850s, experienced a rapid development during the early decades of the Republic Period. New techniques developed in the West were imported and the press started using photographs extensively. Turkish photographers of the period started to take pictures of the daily life of people, towns and cities and historical buildings in Turkey. Landscape photography also developed. The first photography competition was organized in 1932. Photographer Ara Güler, Cemal Isiksel, Nurettin Erkilic, Selahattin Giz, Limasollu Naci, Sinasi Barutcu, Ihsan Erkilic and Baha Gelenbevi are the first important photographers of the Early Republic Period. Recognized as a distinguished artist not only in Turkey but throughout the world, Ara Guler, who is regarded by some critics as being among the best ten photographers in the world, has also taken pictures for various world-famous photography magazines. The oldest and best-established photography organization in Turkey is IFSAK (Istanbul Photographers and Cinema Amateurs’ Association). 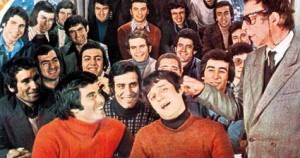 A few years after the first cinematographic displays in Paris towards the end of the 19th century, the cinema also reached Turkey. Fuat Uzkınay’s 1914 documentary work The Destruction of the Russian Munument at Ayastefonas’ is generally agreed to have been the first Turkish film. Another film, ‘Master Himmet’s Marriage’ begun in 1914 and finally completed in 1919 is another of these early works. During this time, news footage and other films about the First World War were shot. With the establishment of the first film company in 1922, the theatrical artist Muhsin Ertuğrul began directing, and his production up until the 1950s makes him the most important name in Turkish cinema.

The making of films in the true language of the cinema, free from the influence of the theatre, began towards the 1950s. One of the first of these directors was Ömer Lütfi Akad. Towards the 1960s, some 60 films a year were being made. Starting from that time, directors such as Metin Erksan, Halit Refiğ, Ertem Göreç, Duygu Sağıroğlu, Nevzat Pesen and Memduh Ün produced successful films taking social problems as their subject matter. The period that began in the late 1960s, when television was having an adverse effect on the cinema, saw such prominent directors as Yılmaz Güney, Atıf Yılmaz, Süreyya Duru, Zeki Ökten, Şerif Gören, Fevzi Tuna, Ömer Kavur and Ali Özgentürk. The cinema during this time was mainly concerned with social and economic themes. Relations between the state and the cinema began to develop in the 1980s, and Turkish cinema began to be talked about on international platforms. As this process continued, films dealing with social and psychological matters and women’s rights came to the fore. The 1990s saw fewer films, but of a more advanced quality. Among the reasons for this progress were the arrival of cinema studies in universities, the training of knowledgeable directors and actors and state support for the cinema. Yet another reason was international success.

The country enjoys numerous performing arts festivals throughout the year, the most prestigious of which is the Istanbul International Festival and Antalya Film Festival.