Handicraft has been existed from the beginning of the human being depending on the environment conditions. It has given its first samples for protecting, covering human beings and providing with the necessities of them. The handicrafts, which has later improved and changed according to the environment conditions, has gained “traditional” character by becoming an art which reflects the artistic sense of taste and cultural characteristics of the community.

Traditional Turkish Hand Crafts has formed a rich mosaic by bringing together its genuine values with the cultural heritage of the different civilizations which were coming from the thousand years of history of the Anatolia. 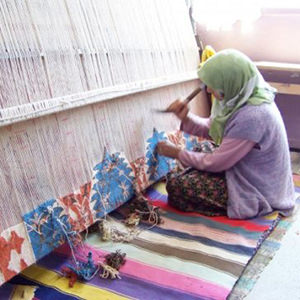 Weaving can be every kind of cloth, plait, carpet, rug, felt which are obtained by spinning thread or connecting the fibers together by other methods 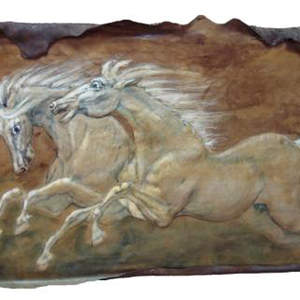 The Hittites, one of the oldest civilizations in Anatolia, which is known as the leather production centre since the very old times, developed the art of tannery with aluminum during their civilization’s brightest period between the years  2000-1200 B.C. The Hittites used gallnut and alum as dressing pelts in leather works. According to historical records, Mittanis, a civilization who lived around 1400 B.C., in the area covering the cities of Urfa, Diyarbakır and Van, were also very good at leather work

In Anatolian leather work methods, slaughtered animals’ skins were salted to prevent them from smelling, and the leather was sent to tanneries. The processes of pelting and sizing phases stayed nearly the same throughout these centuries. Mashed plant seeds, madders, oak, alder, silver wattle,maple, pomegranate crusts, kebrake woods, acorn and acorn cups, chestnut leaf, black perssimmon and various oils had  great importance among the materials used by the tanners. They gave strength, brightness, softness and, most importantly, colour to the products.

Turkish leather products which had their brightest age during the 16th and 17th centuries, demanded also in foreign countries. Also         the documents found in Istanbul and Dubrovnik archives show that a large amount of processed and raw material was exported from the Balkans. In this period, processed Turkish leather became the preferred leather in the European market and this continued until the beginning of 19th century. Today, with its organized leather industrial zones in Tuzla, Menemen and Çorlu, which have water treatment plants, leather production facilities in Bursa, Uşak, Gerede, Gaziantep and various leather garment workshops and factories, the Turkish leather industry is a giant production branch which takes it roots beyond the centuries. 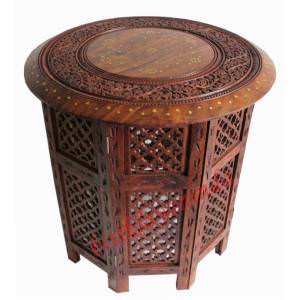 The architect created from the sheltering requirement has been designed and increased in varieties according to the conditions of the environment. The wooden workmanship, developed depending on that, has reached a characteristic quality unique to itself in Seljuk period. The wooden arts in Seljuks and rank of rulers are mostly the architectural elements such as niche of a mosque indicating the direction of Mecca, mosque door, cupboard covers and have included high quality workmanship. In Ottoman period these have been applied mostly in ever day used objects such as tripod, wooden stand for a quilted turban, writing set, drawer, chest, spoon, throne.

The material used in the wooden workmanship is mostly walnut, apple, pear, cedar, ebony and rose tree. The wooden objects worked by the techniques such as tapping, painting, relief-engrave, cage, coating, burning are still used nowadays. The usage of the walking stick and stick batons which are made by using these techniques still used in districts such as Zonguldak, Bitlis, Gaziantep, Bursa, İstanbul-Beykoz, Ordu have been lasted hundreds of years and became very common in 19th century The embroideries, which are one of the delicate samples of our handicrafts, are being used also as a communication tool with  their meaning carried other then decoration. Those of the embroideries are called with different names according to the tool used and technique. These have been made mostly in our districts such as Kastamonu, Konya, Elazıg, Bursa, Bitlis, Gaziantep, İzmir, Ankara, Bolu, Kahramanmaraş, Aydın, İçel, Tokat, Kütahya