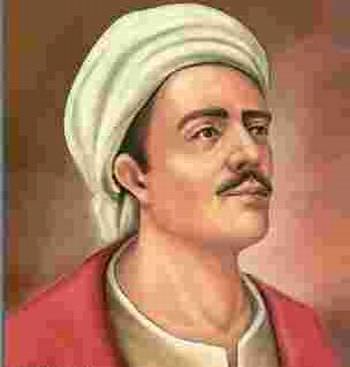 Yunus Emre  was a Turkish poet and Sufi mystic. He has exercised immense influence on Turkish literature, from his own day until the present. Because Yunus Emre is, after Ahmet Yesevi and Sultan Veled, one of the first known Turkish poets to have composed works in the spoken Turkish of his own age and region rather than in Persian or Arabic, his diction remains very close to the popular speech of his contemporaries in Central and Western Anatolia. This is also the language of a number of anonymous folk-poets, folk-songs, fairy tales, riddles (tekerlemeler), and proverbs. Islamic mystic literature thrived in Anatolia, and Yunus Emre became one of its most distinguished poets. He remains a popular figure in a number of countries, stretching from Azerbaijan to the Balkans, with seven different and widely dispersed localities disputing the privilege of having his tomb within their boundaries. His poems, written in the tradition of Anatolian folk poetry, mainly concern divine love as well as human destiny:

Yunus Emre the mystic is my name,

The tradition of Turkish humanism is best represented by Yunus Emre (d. ca.1320). His poetry embodies the quintessence of Turkish Anatolian-Islamic humanism, and has served as a fountainhead of the humanistic concepts which have been at work, overtly or implicitly, in the intellectual life of the Turks in later centuries.Yunus Emre was the most significant literary figure of Turkish Anatolia to assimilate the teachings of Islam and to forge a synthesis of Islam’s primary values and mystic folk poetry. His verse stressed the importance of the human worth and viewed Islam not in terms of rigid formulas but in terms of freedom of the conscience and fundamental ethos.

Humanism is a system of thought which exalts man in his relations with God, nature; and society. The humanist accepts man as the criterion of creation, but the dogma of many major religions, including Islam, supports the concept that man’s existence on earth is devoid of significance or value. As elsewhere, mysticism and humanism in the Islamic world emerged as the dialectical antithesis to this theological interpretation and to religious formalism. Yunus Emre spoke out for “dignitas hominis” and put forth an image of man not as an outcast, but as an extension of God’s reality and love:

We love the created
For the Creator’s sake.

The mystic “infatuation” with God led him to believe, as did Sophocles, that:
Many arc the wonders of the world,
And none so wonderful as Man.

In Yunus Emre’s vision there is no place for the abysmal fallacy which segregates God and man. His philosophy is akin to Socratic humanism which supposes that truth is immanent in human subjectivity and that the divine is embedded in man

One constant theme in Yunus’ poetry is Love, that of God for man and, therefore, of man for God. Yunus’ love is the most powerful of everything, it is for the creator of the universe but it is also the creator, it is fierce and burning, consuming Yunus’ mere existence. Yunus is like Mecnun, “the mad man of Love” who suffered , appear to have gone mad, and died just for the love of Leyla. Yunus wants to be as drunk, i.e. mad, as Mecnun, for his Love which wounds him terribly. For Yunus external forms of religion are not important and reward and punishment are not of concern; he only cares for God, yearns of his Love. The world is temporary and even when he dies, even when he is killed like the martyr of love Hallaj (Yunus refers to him in various other pieces of poetry), whatever is left of him will be yearning for God. Yunus can argue with God that His Love is killing people, making them suffer enormously, he seems to complain of his unjust treatment, but regardless, his love is so great that he can not help yearning for Him. He believes that he existed with God before there was existence. Ofcourse, he is no different than God:

I was a star for a long time;
in the skies the angels were desirous [of me].
The all-compelling God commanded;
I was There then.

Before I was in this form,
when my name was not Yunus,
I was He, He was I,
I was with the one who offered this love.
[7]

Yunus is hinting at a common Sufi theme of the existence of the Saints during the primordial time. Yunus is a perfect-man himself who was with the Creator before the Creation. He shared the divine knowledge with God. This idea is revealed more clearly in the following verses:

Before the created universe came here,
Before the skies were filled with angels,
Before this realm had a foundation,
I was with the creator of the Domain.
[5]

He is not content to make this shocking statement; he calls everyone else to accept it also:

If you don’t identify Man as God,
All your learning is of no use at all.
[6]

Yunus in fact refers to the idea of “vahdet’i vucut” , unity of being, which is a common theme on Sufi mysticism. He adheres to most of the common , dominant ideas of Sufism, as can clearly be seen from these pieces of poetry and his other works. What is different and most striking in Yunus is his use of the simple Turkish of his time – which could still be understood and appreciated quite easily by a modern Turkish speaker, and his outstanding humanism. It is the second aspect which primarily interests us here which certainly is not separate from his use of folk language. 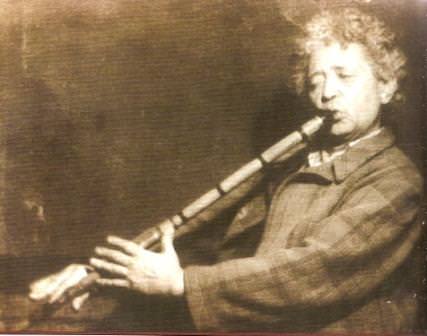 Neyzen Tevfik was a Turkish poet, satirist, and neyzen (a “ney performer” in Turkish). He ... 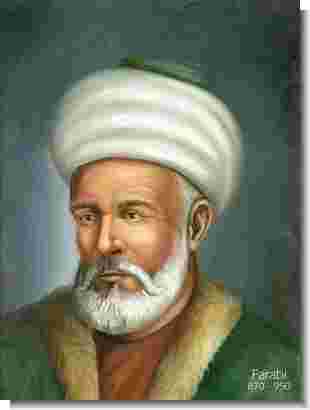 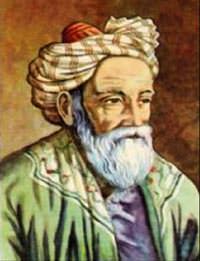